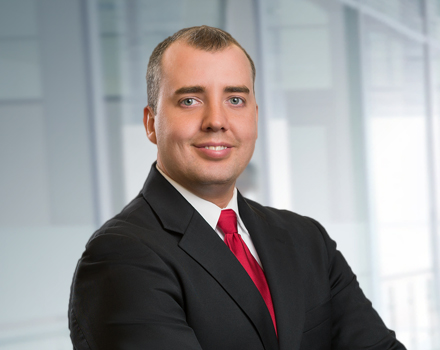 During law school, Mr. Garrett was Editor-in-Chief of the Law Review and led the creation of the UC Law Review blog. He authored two articles published in the journal, including “Dodd-Frank’s Whistleblower Provision Fails to Go Far Enough: Making the Case for a Qui Tam Provision in a Revised Foreign Corrupt Practices Act” 81 U. Cin. L. Rev. 765 (2012). He served as a judicial extern to the Honorable Michael R. Barrett of the U.S. District Court for the Southern District of Ohio, a legal extern to the U.S. Attorney’s Office for the Southern District of Ohio, and a law clerk for GE Aviation.

Mr. Garrett is a U.S. Air Force veteran. He served four years on active duty in the Judge Advocate General’s (“JAG”) Corps as a prosecutor and criminal defense attorney. In addition to his JAG responsibilities, Mr. Garrett was appointed as a Special Assistant U.S. Attorney for the District of Colorado from 2014-2017. He prosecuted civilians for misdemeanor and petty offenses committed within the exclusive federal jurisdiction of Buckley Air Force Base, Colorado. In January 2017, he deployed to Al Udeid Air Base, Qatar in support of Operations Inherent Resolve and Freedom’s Sentinel. While deployed, Captain Garrett was the principal adviser to the one-star general in charge of the base and all subordinate commanders for all criminal, disciplinary, and force management matters.