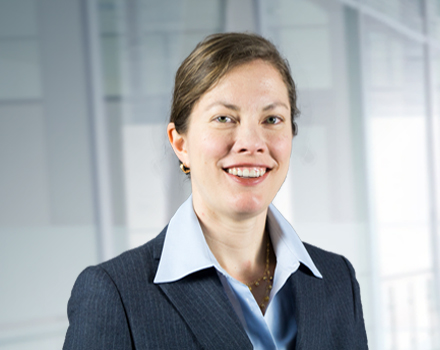 Erin M. Campbell represents clients in federal False Claims Act cases and other complex civil matters. She is committed to protecting the rights of False Claims Act whistleblowers, who often sacrifice much to protect our sick and elderly, our military servicemembers, and our nation’s Treasury. She also has enjoyed representing clients in cases involving trust relationships, municipal open access, civil rights, and other commercial litigation. She has tried cases with her colleagues and has extensive appellate briefing experience, including successful work in the United States Supreme Court and the Ohio Supreme Court. She has argued in the Ninth Circuit and other courts.

She enjoys presenting on and teaching about the False Claims Act, and has spoken on this topic to groups at the Cincinnati Bar Association and elsewhere.

While in law school, Erin M. Campbell served as a legal extern with the Clermont County Public Defender’s Office and as a judicial extern with retired United States Magistrate Judge Timothy S. Hogan.

In 2010, Erin M. Campbell was selected as a Rising Star Superlawyer by Law & Politics magazine. She has worked on cases involving more than $1 Billion.